A true king has fallen.

A few weeks ago, the world came to a standstill as fans all around the globe were stunned by the news of the death of the Black Panther himself -Chadwick Boseman. The news was very shocking, but fans were even more perplexed when they head that their king had been struggling with colon cancer for about four years.

It’s shocking to imagine how a man could keep such a problem secret and fight to make all those movies. It showed just how much Chadwick loved his job and his fans. His most iconic role was playing the character T’challa in Black Panther. The impact of this role on the world, especially Africans and African Americans, cannot be denied.

About a day after his death, we learned that his last tweet was the most liked tweet in Twitter history, so we decided to dig deep and find what we think are Chadwick Boseman’s best tweets since he joined Twitter.

This article is in honor of the king, the Black Panther. His legacy will live forever.

1.  Fighting for human rights by the power of knowledge. 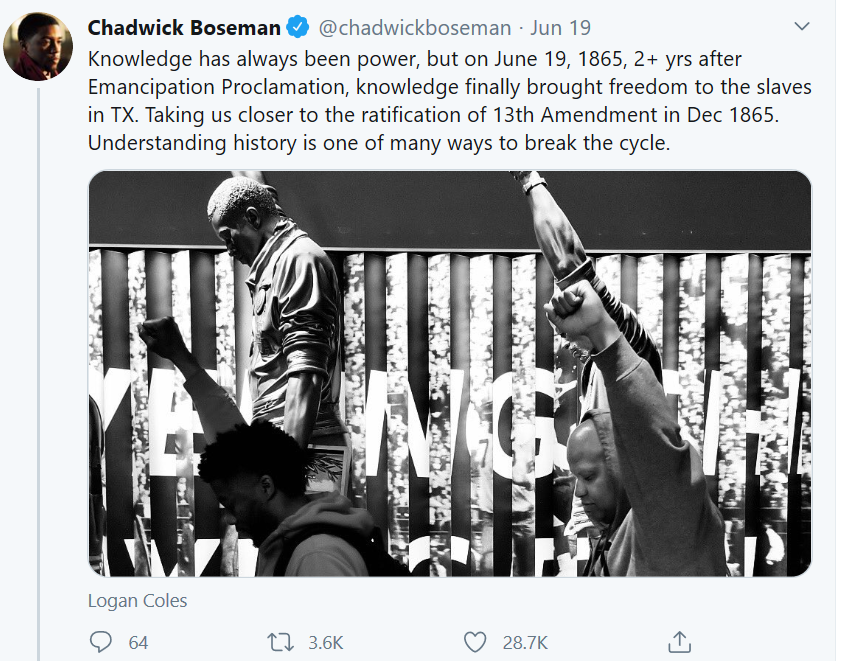 Chadwick was very passionate about human rights and racism issues. In this tweet, he gives his followers a brief history lesson on slavery and black speople’s emancipation in the United States. One crucial part of this tweet is the last statement, where he says, “Understanding history is one of the many ways to break the cycle.”