Every now and then, famous actors and actresses challenge themselves and accept roles that require them to undergo major transformations. When we finally see them on the big screen, they leave us completely flabbergasted and wondering, “Is that who I think it is?”  Since the actors are completely committed to their roles, heavily under the disguise of the characters they´re portraying, it gets super difficult to identify them. In most cases, they go completely over our radars.

For that, we must raise our glasses and give the actors a round of applause. Here are 18 world famous stars who were unrecognizable in movies. In the following list, you will surely find some shocking discoveries that´ll make your jaw drop.

1. Penguin from the movie “Batman Returns” is actually Danny Devito 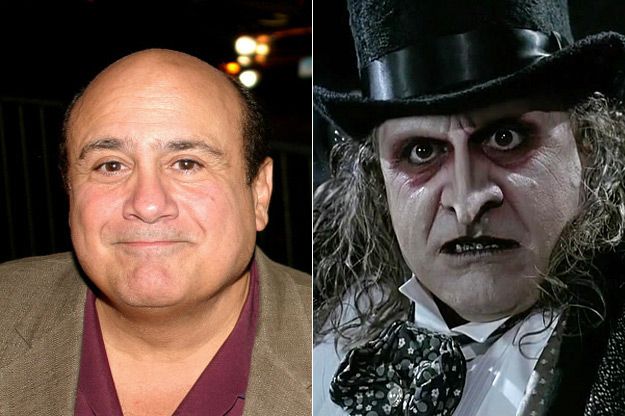 Danny Devito portrayed the character of Penguin in the superhero movie, Batman Returns. To resemble the character, he had prosthetics all over his face; he sported a false set of teeth, had dark cycles, and a ghostly-white painted face. He even got his head shaved to wear an unkempt wig. Let´s not forget the foam latex flippers he wore on his feet. Devito is also known for his roles in Taxi, Matilda, Pulp Fiction, and Space Jam etc.