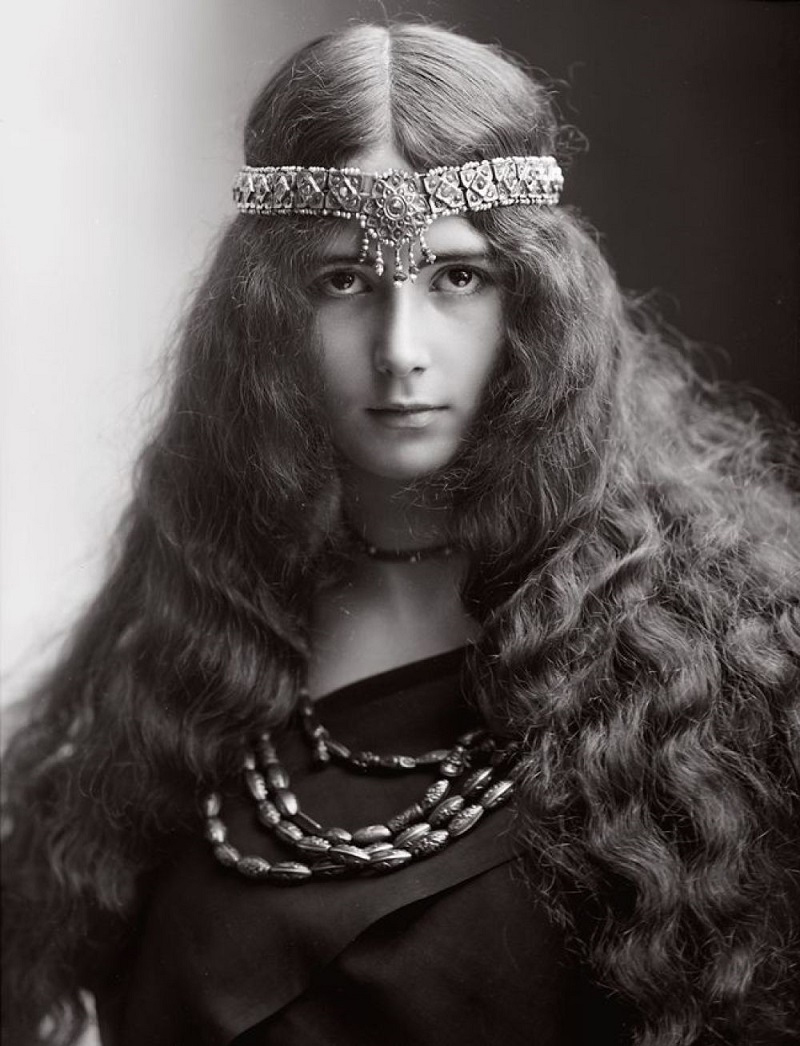 Cleo de Merode became known mainly because of her unique character and glamour. As can be seen from the above photo, her exclusive hairstyle was absolutely unique. She quickly became admired by other woman and her coiffure became adopted as a popular style for all. In 1896, Cleo won the beauty queen title in the first “Most Beautiful Women Competition” organized by Illustration magazine.